Nothing in my order

There are 0 items in my order

Order subtotal: £0.00
View order Checkout
Menu
***WE ARE SHIPPING AS NORMAL WITH ROYAL MAIL UK AND INTERNATIONAL*** CLICK FOR COVOID-19 MESSAGE - CLICK FOR DELIVERY UPDATE
Menu
< Back to Kluson
My order 0 Wish list 0 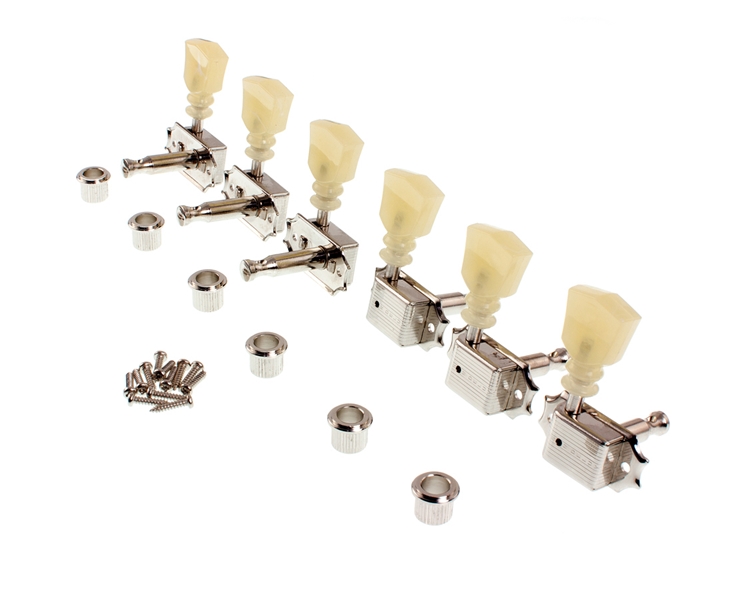 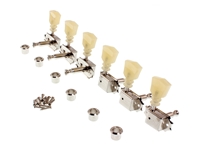 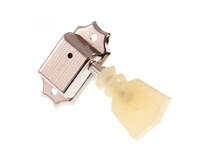 This complete 3 per side set of Kluson tuning machines was used on vintage Gibson models such as the Les Paul, SG, 335 and others. Also used on the Epiphone Casino and current Epiphone production of Les Paul and SG 400 models. This model Kluson tuning machine is also a direct replacement for most current re-issue 50's and 60's Gibson production and other series that utilize a vintage style individual tuning machine. These are six individual tuners, 3 per side (not on a plate) just like the originals but with the improved 15:1 ratio. This set comes complete with both bass and treble side tuners, 8.8mm O.D. vintage bushings with 1/4 inch I.D.

You can add a set of Stainless Steel screws form the drop down menu below, these are more robust than the screws supplied and we always use them.

Please note: If you are retro-fitting a vintage instrument that has been modified or putting this vintage style tuning machine on a modern instrument you may also need to purchase adapter bushings to convert a larger size peghole to vintage size to allow for proper fit and function.